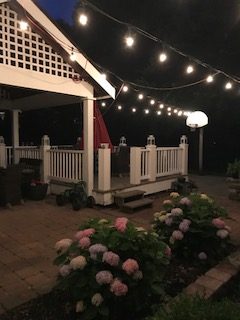 We have already had back-to-back days of 93 degree temperatures. Summer apparel is in full swing; shorts, tank tops, white pants, flip flops. We have it all. Yet, just this week, June 21, was the official start of summer.

The summer solstice officially started on Thursday morning in the Northern Hemisphere. Every year, between June 20 and June 22, the sun reaches its highest elevation, making it the longest day of the year with a stretch of sunlight that lasts for 17 hours.

During the summer solstice, the sun appears to stand still as it reaches its highest point, before moving off toward the horizon.

Ironically, while the summer solstice marks the start of summer, the days are about to get shorter now because the sun is rising later and setting earlier.

So, today, June 23, we have lost one minute of daylight. How much we want to hold onto summer. It feels elusive, especially after summer solstice. We grasp for more but it slips through our fingers like sand.

We may be losing a few grains every day but we still have a beach of summer to hold in our hands.

As in so many things, we must enjoy the day we have. So we lose a little bit of daylight, that only makes drinks around the fire pit begin just a bit earlier. It is all good.