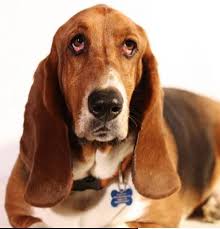 For the record, Mama was not a cute little scottie today. She was a cantankerous, difficult, ready to nip at my ankles, beady-eyed Chihuahua.

A recent study found that among the most aggressive breeds of dogs are the dachshund and the Chihuahua. Researchers discovered that one in five have bit or attempted to bite a stranger, and one in twelve have lashed out at their owners.

Surprisingly, even the honey-haired ‘sweet’ little cocker spaniel, a very popular companion animal, having spent decades as one of the most popular breeds in the United States, has its moments. Its popularity has led to overbreeding issues, including a problem called “rage syndrome”.

A cocker prone to “rage syndrome” can become suddenly aggressive toward strangers, people she knows, or even her own family. And just as suddenly become calm again.

I thought it might be an adventure to head out this morning with our coffee in hand and explore some garage sales. A friend had told me that her entire neighborhood of condominiums was hosting a huge sale today. I imagined that Mama and I could park and easily walk to five or seven of them and browse for books or glassware or other treasure.

That did not go well. Something triggered in her brain that I “did this to her last year” and it was all some kind of game to fool her; that it was a big conspiracy. I tried to assure her otherwise, to no avail. We did not stay long. On the way home she asked why I am being so cruel to her. She threatened to open the car door and find the police in order to have me arrested. Cocker spaniel alert.

Today I wanted to ask a priest to call out this person living in her body and have my old mama return to me. But that feels like praying to idols; empty words to hollow figures.

The difficult day melted into a long evening of confused questions and allegations. It was one of the worst times I have ever had with Mama. She was so fierce and yet so pitiful. She cried several times. So did I. Today felt like a step down deeper into the darkness. I felt the loss of her as she succumbed to the gnarled faulty wiring in her brain.

Mama fell into the cocker spaniel “rage syndrome” today, but by bedtime she was a droopy-eared, red-eyed sad little hound, and I was her lost pup.